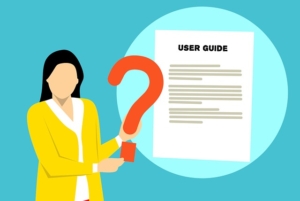 SaaS pricing models: The topic everyone blogs about

If you run a Google search of “SaaS pricing,” the first several pages of results you get are versions of similar “ultimate guides” to SaaS pricing models. This makes sense; the pricing model chosen is tightly coupled to revenue and monetization strategy. The packaging and pricing model for an offering are strategic bedrock choices in setting revenue strategy. They are also largely the responsibility of the vendor. The actual price level and things like discounting are set by market demand and often situational to particular customers.

We’re not above that — in fact, quite the opposite. Those types of articles are helpful primers, particularly for newcomers. Also, analyzing SaaS pricing models is the entire purpose of this post.

But from our lens, these articles can often create more confusion than clarity for one major reason: they lump multiple different topics under the catch-all heading of “SaaS pricing models.”

Separating pricing models from other elements of SaaS monetization strategy

XaaS Pricing’s analysts have been building pricing strategies for over two decades. And now’s your chance to get a slice of the action — for free!

This is a representative set of generally important SaaS pricing strategy topics, but it is not really a list of pricing models.

The strategies enumerated by this list are also rarely mutually exclusive. This point is made in Binary Stream’s SaaS pricing blog, as well as in the ISV’s writeup of the “hybrid” model type. It reads: “You may have noticed that there’s a lot of cross-over between the different pricing models, and you may be struggling to understand the difference between tiered and bundling or usage and per user. That’s normal. The truth is that most SaaS companies will try a combination of these approaches.”

Our XaaS Pricing data fully supports this sentiment. In fact, we believe it is the key point of Binary Stream’s SaaS pricing blog since it’s the overarching bow that ties the different SaaS pricing models and strategies the ISV discusses together. Posts like this would do well to lead with these tactical considerations.

Secondly, we’d parse out the concepts that this post and others like it cover into different categories that collectively comprise a SaaS pricing strategy. This is critical to clarity and understanding, which in turn supports effective pricing strategy execution.

This is how we approached building our analytical and data taxonomies for XaaS Pricing.

We have broken out the topics the Binary Stream article covers into four categories (note that these aren’t the only things we cover in XaaS Pricing, just those that apply to this article):

When designing a SaaS pricing model strategy, we recommend using the above framework. Determining the right pricing model is a key element of SaaS pricing. But it’s not the only decision, and it’s not as simple as picking from a list of the top 10 pricing models. It is part of a broader set of choices that includes how to package the offering, how to acquire customers and how to set up terms for the offering. Understanding this and approaching it with an “everything is hybrid” mindset will position vendors for SaaS pricing strategy success.

As noted above, at XaaS Pricing we aim to simplify analysis of pricing models by separating them from other pricing strategy elements and bucketing them into three predominant models. We also acknowledge that many players employ hybrid models, which consist of a combination of the SaaS pricing models we define and provide an illustrative example of in our taxonomy below.

Refers to a type of pricing model in which the pricing is based on the number of users of the product. This category includes all permutations of user-based models, such as active users, concurrent users and users based on permissions (for example, “power” users versus “viewer” users), as well as variants based on the specific terminology used by a given vendor (for example, “members,” “contributors” or “teammates”). Not all users are the same, and users are often subject to very specific vendor terms. For example, some vendors will require that all users be on the same plan level and/or that all company employees be counted as users.

How it’s used: We often see per-user models being deployed in subscription offerings with usage-based tiering packaging model strategies. This means the product is packaged into typically three to five tiers, where each tier is targeting a different ideal customer profile. Customers pay for a monthly, annual or multiyear subscription to the product. Tiers are defined with specific limits on usage (for example, “up to 5GB of storage”). When customers exceed usage, they must either pay an overage fee (this would be a hybrid pricing model) or upgrade to the next available tier.

Refers to a type of pricing model in which there is no metering factor; a single flat fee is offered for the product and/or edition. A flat-fee model is often structured similarly to a usage-based model but varies in that it is often a “use it or lose it” structure. For example, a flat-fee model might price at “$400 per month for up to 20 application tests,” whereas a usage-based pricing model for the same offering would price at “$25 per application test.” The flat-fee model is typically structured as a subscription with monthly and/or annual plans.

Best for: Many different types of products in different SaaS categories use flat-fee models. It’s typically a good model for products where usage scales by a clear, singular value metric (for example, application tests in the paragraph above), but where customers also benefit from subscription access to a minimum level of services. It is a good model for vendors that are experimenting with usage-based pricing but want the certainty of subscription revenue.

How it’s used: Like per-user models, flat-fee models are often deployed in subscription offerings with three to five tiers. Usage is defined within product tiers with clear caps, and pricing scales by a primary value metric associated with usage. Flat-fee models are often fronted by a freemium acquisition strategy with limited usage, which encourages customers to migrate to paid plans. Many companies that charge based on a flat fee will use hybrid pricing models that charge a fee for usage that exceeds the tiered plan limits.

Zapier prices with a flat-fee model, where the customer subscribes to a plan and volume of “up to X” usage that is based on the number of tasks per month.

Refers to a type of pricing model in which the price metering is tied to the actual usage of the product. If a product is used more, a customer pays more based on the usage factor and vice versa. A usage-based pricing model uses per-unit pricing, where the unit priced is the primary metric that defines customer usage of the software and, ideally, the value captured from the software. Usage-based models were initially popularized by hyperscale cloud IaaS vendors, which price most compute and storage services with usage-based models. Usage-based pricing is now broadening in popularity across other SaaS categories.

How it’s used: There are several notable examples of successful implementations of pure usage-based pricing models. Those that are using this type of model typically offer pay-as-you-go billing as well as committed-use options (subscriptions), and often offer a single product instead of a tiered strategy. Product scaling is addressed via usage, not features. Most companies deploy a hybrid model to address usage in their software monetization strategy. Many provide subscription plans with limits on usage, encouraging customers to migrate to more expensive plans as usage grows. Others use hybrid pricing model strategies where some elements are priced per user or as a flat fee with subscription terms, while others are priced based on usage.

CockroachDB is priced purely based on usage, which includes charges per compute instance, per gigabyte and per IOPS depending on product; there are no tiers, just products that scale based on usage.

Hybrid pricing models combine at least two of the above pricing models. Hybrid models are a good approach for many SaaS companies. A hybrid approach can help a vendor strike a balance between the predictable recurring revenue of a subscription and the positive upside of a usage-based pricing strategy. The most common hybrid strategies that we’ve seen in practice include:

Cypress.io uses a hybrid model; there are four plans that each carry an initial flat-fee subscription for a defined amount of usage (test results and users). Customers who need more test results than their plan allows pay a usage-based fee of $5 to $6 per 1,000 test results. Additional users can be added only by upgrading to the next subscription plan.

Request a free copy of this entire report 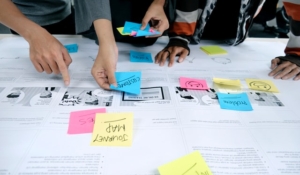 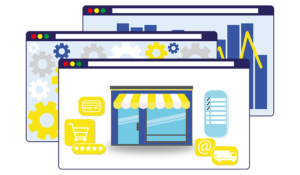 10 tips for a better SaaS pricing page
Scroll to top