Appointment scheduling software can address a wide range of use cases and audiences, and often integrate with calendar platforms 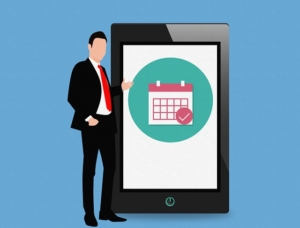 In a post late last week, we outlined our plans to complement our overall pricing strategy content with some deeper dives into specific “as a Service” categories, cohorts and competitors that are notable or interesting. For the first of those posts, we’re diving deep into a unique and specific SaaS category: appointment scheduling.

The most notable player in the appointment scheduling space is Calendly. As an aside, I must disclose that I am a newly minted Calendly user. I love it, and most folks in SaaS that I interact with use it and love it as well. But Calendly is not the only player. There is a wide and diverse set of players that have entered the market and ushered in innovation and disruption. Our benchmarking data covers approximately 25 players in the category.

So why choose appointment scheduling for our first category deep dive? There are a few reasons. Appointment scheduling — and specifically the use of Calendly — has been oddly and interestingly controversial and polarizing, and seems to be a market that vendors and buyers are interested in.

More fundamentally, this category is an interesting case study in SaaS packaging and pricing dynamics. Many of the traditional strategies used at the onset of SaaS remain in force for appointment scheduling, but disruptors are starting to shake up monetization approaches in the space.

We’ve had the pleasure of speaking with a number of firms that participate directly or indirectly in this space. Throughout the course of those conversations, we’ve heard firsthand about the pricing challenges and experiences those firms are facing. One of those firms is Kronologic.ai. In fact, we’re doing a webinar with Kronologic.ai on June 23 at 11:00 a.m. (PDT)/2:00 p.m. (EDT), in which we’ll dive deep on the pricing challenges facing the appointment scheduling industry and broader SaaS industry. You can register here if you’re interested in attending the session!

Pricing models in appointment scheduling are largely based on traditional license-based subscription models, which are offered with monthly and annual terms. Pricing is typically based on a per user license, or a flat-fee recurring subscription with tiers that are defined by usage limits (often based on users as well, and/or number of appointments).

Interestingly, the most popular pricing model in the space is the flat-fee model, which is used by just under 60% of the vendors we benchmarked in this space. Flat-fee models charge based on a fixed recurring subscription fee, typically on a monthly basis, for a defined tier with a defined volume of usage (typically appointments and/or users). Nearly 60% of products in this space overall have “users” as the primary value metric by which their offering scales. The other primary value metric in the sector is “appointments,” which is the value metric for just under 30% of the benchmarked products. 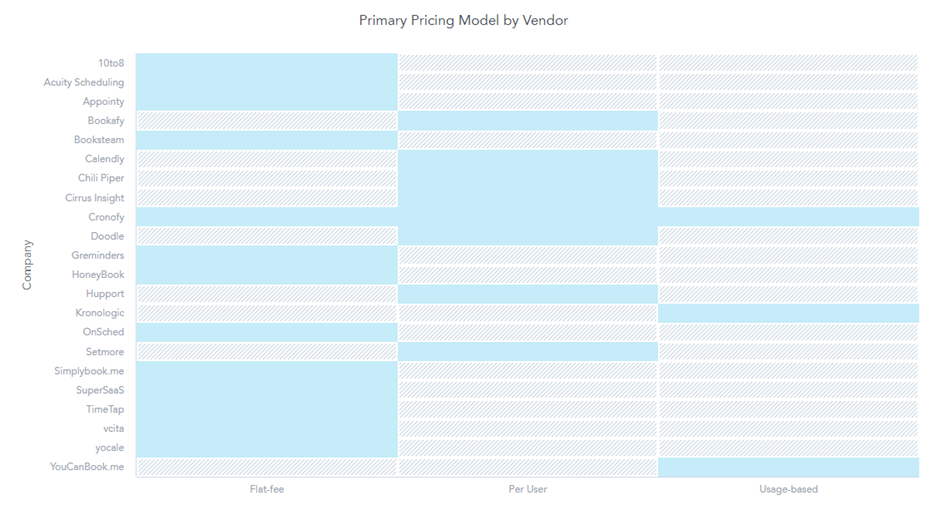 Of these three vendors, Kronologic.ai is the only vendor that prices using an outcome-based value metric (accepted meetings). Cronofy uses a hybrid model that pairs flat-fee pricing with usage-based pricing, where charges are applied for overage usage of synced accounts, smart invites, application calendars and enterprise connect. YouCanBook.me prices per calendar, which is a variant of other popular models in the space that are priced per user with tiers that limit the number of calendars that can be used by the plan.

As noted in the previous section, pricing in the appointment scheduling space scales primarily based on users and/or appointments. For companies that price with per-user pricing models, average per user, per month pricing is approximately $20 for a month-to-month plan, and approximately $17 per user, per month for an annual plan. Per user, per month pricing ranges from $5 to $7 for entry-level paid plans to $20 to $50 at the high end. These general ranges also hold true for companies that price with a flat-fee pricing model with a limit on the number of users as the primary value metric. Pricing by vendor, product, and edition for vendors that use a per-user pricing model is outlined in the chart below.

Companies that use a primary value metric of “appointments” typically use a flat-fee subscription pricing model. Flat-fee pricing averages $150 per month for a monthly plan and $108 per month for an annual plan, but flat-fee price points range widely around this average due to differences in how vendors establish usage limits for their flat-fee subscription tiers. Flat-fee tiers range from entry-level pricing of $10 to $20 per month to over $2,000 per month. When flat-fee pricing is normalized based on the underlying vendor value metric (users or appointments, primarily, as noted previously), pricing falls within the price ranges noted above.

As with most SaaS categories where pricing is primarily based on standard term-subscription models, vendors commonly offer standard pricing for monthly and annual terms. Sixteen of 20 assessed vendors in the category offer standard monthly and annual pricing. The average discount offered for an annual versus monthly subscription across the category is 16%. Average discounts for an annual term commitment range from as low as 6% (Cronofy) to over 30% (Chili Piper and Setmore). Average discounts for annual commitments across vendors’ plans are outlined in the chart below.

Key takeaways and market opportunities for pricing in appointment scheduling

Pricing strategies in the appointment scheduling software sector are largely based on traditional subscription licensing models. Pricing in most cases is based on per-user pricing models or flat-fee pricing for a set user limit. Pricing varies in typical ranges, and many pricing models are designed to position directly against leaders in the space, such as Calendly. In summary, there is little innovation or differentiation occurring based on monetization strategy in this market. Competitor-based pricing is more common across the landscape than value-based pricing. Market share is largely a derivative of brand reputation; according to public sources, Calendly supposedly has 50%-plus share of the space.

In many SaaS categories, competitive maturity has created entrenched pricing model and packaging model norms that are difficult to subvert. In these instances, it makes the most sense for new and/or emerging suppliers to align to industry norms, rather than run the risk of confusing customers that have established pricing and consumption model expectations. Factors to evaluate in these instances include the complexity of offerings, the clarity of the value metrics and usage metrics associated with the key offerings in the industry, and customer willingness to pay.

In the appointment scheduling space, we believe there is significant opportunity to disrupt the practices of incumbents using differentiated monetization models — specifically, with usage-based pricing models that sit at the center of product-led growth strategies. The appointment scheduling space is still a relatively new category for most businesses, particularly those outside the SaaS sector. This means there are fewer pricing model expectation hurdles that vendors need to overcome when establishing new pricing strategies. Outside of the select set of established players in the space, most vendors are building low-cost products intended to compete primarily on price with Calendly and Chili Piper. Differentiation through usage-based pricing provides a different route to market positioning in this ecosystem.

If you’re interested in going deeper into our assessment of pricing in this sector, sign up for our upcoming webinar with Kronologic today. As a reminder, we’ll be posting category and vendor deep dives on a weekly basis going forward as well. If you liked this type of analysis and want to see more on the vendors and markets you care about, send us a note with what you’d like to see covered. Also, be sure to Become an Insider so you get new content like this delivered directly to your inbox when we publish. As always, don’t hesitate to contact us with any pricing questions!

XaaS Pricing deep dives: An introduction (and a template) 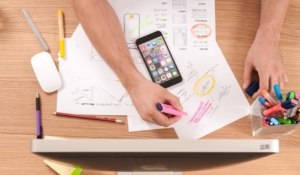 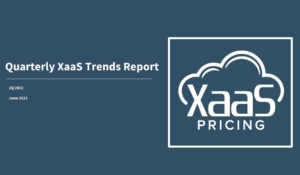